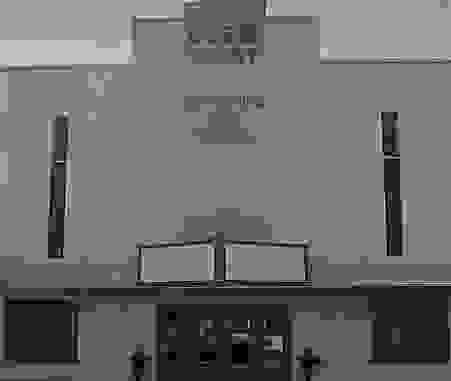 Thank you for your patronage and please stay healthy.

Footloose is a 1984 American musical drama film. It tells the story of Ren McCormack (Kevin Bacon), an upbeat Chicago teen who moves to a small town in which, as a result of the efforts of a local minister (John Lithgow), dancing and rock music have been banned.
Moving in from Chicago, newcomer Ren McCormack (Kevin Bacon) is in shock when he discovers the small Midwestern town he now calls home has made dancing and rock music illegal. As he struggles to fit in, Ren faces an uphill battle to change things. With the help of his new friend, Willard Hewitt (Christopher Penn), and defiant teen Ariel Moore (Lori Singer), he might loosen up this conservative town. But Ariel's influential father, Reverend Shaw Moore (John Lithgow), stands in the way.

Mame Dennis (Rosalind Russell), a progressive and independent woman of the 1920s, is left to care for her nephew Patrick (Jan Handzlik/Roger Smith) after his wealthy father dies. Mr. Babcock (Fred Clark), Patrick's assigned executor, objects to Mame's unconventional way of living and tries to force her to send Patrick to prep school. As Mame and Patrick grow closer, Mr. Babcock tries to discipline Patrick and threatens to separate the two if Mame does not comply with his wishes.

Check Back for our 2021 Calendar of Events

2021 Calendar of Events will be posted soon. We are looking forward to a wonderful, exciting, and thriving new year!

Thanks to our sponsor

Better yet, see us in person!